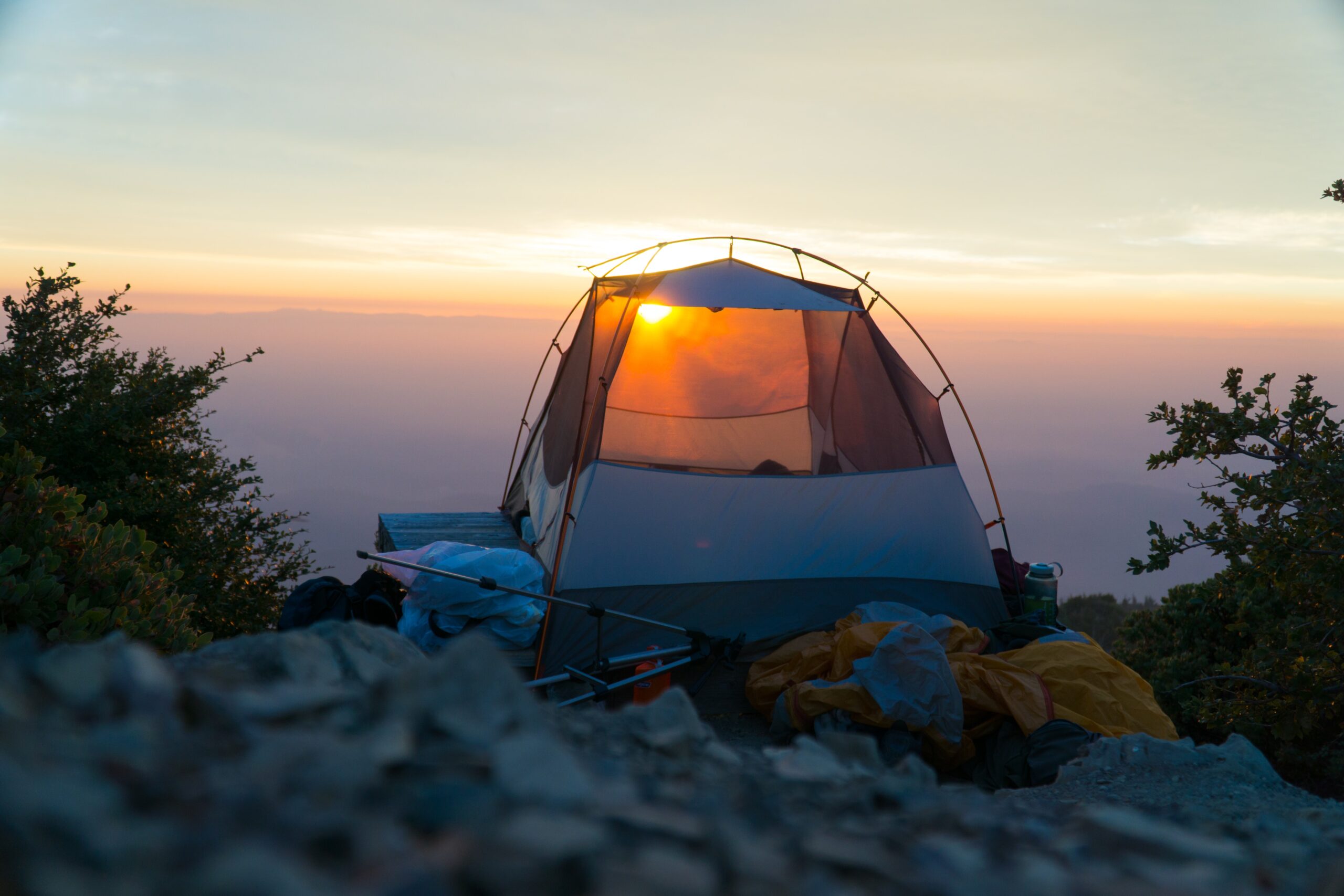 Being sick is never fun, but it’s especially not pleasant when on a backpacking trip far from home. However, there are some things backpackers can do when ill, and even take some preventative steps to avoid becoming sick and maintain hygiene in the woods.

What to Do When First Feeling Ill

There’s that moment when one can feel becoming sick. It could be queasiness in the stomach or that feeling in the mouth that signals that it’s almost time to throw up. When this happens, start making preparations for what’s to come.

Move to an area outside the camp clear of other people and where one can have some privacy. Dig a cat-hole in the ground to take care of business.

After throwing up, cover the hole. In a bear country, the vomit could be smelled, as there will be food particles that could attract a bear.

What to Do When Feeling Sick

Feeling ill can take a lot of energy out of a person and dehydrate a hiker. In between vomiting, try as best as possible to rest. If possible, drink some water to maintain hydration, but not too much.

Chugging water can cause someone to throw it back up later on. Take small sips, enough to moisten the mouth, but not large gulps. Drinking small amounts of drink mix can help to replace salts as well.

Keep in mind that this process may take several hours to most of the day. It helps to be patient and have the ability to roll with the punches until the worst has passed.

What to Do After Being Sick

After the sickness has passed, take a moment to clean up the area. Cover the cat-hole that was used when throwing up. If any clothing has been soiled with vomit, store these items in a plastic bag until they can be washed.

Wash the hands and face to clean off any germs. Backcountry hygiene is important to prevent the spread of the illness to other members of the group.

Eat bland foods in small amounts to get one’s strength back, and continue to drink fluids.

How to Avoid Getting Sick in the Backcountry

The easiest way to prevent getting sick while backpacking in remote places is to wash your hands. Hand-washing frequently during the day, especially before eating or after having used a cathole, prevents containments from being transferred to the mouth.

Also, bathing while on the trail and using hand sanitizer frequently can help as well.

Being sick in the backcountry is never fun, but it can be more manageable if one knows what to do.