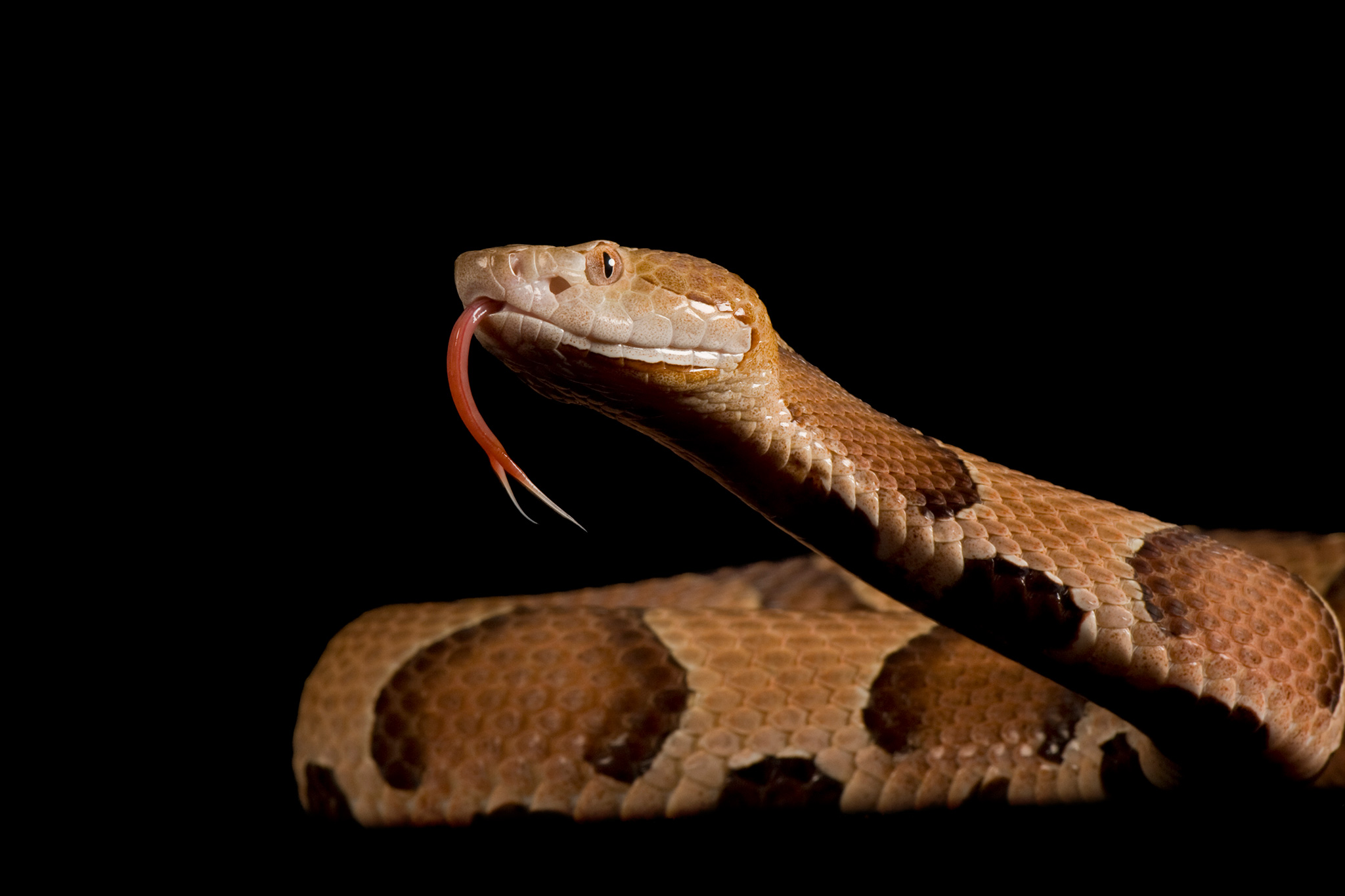 Knowing which snakes are common in your area as well those common in places you plan to visit is good for your safety. Copperhead snake, common in the United States, and around the Gulf of Mexico is one of the snakes likely to attack you without warning. Although its venom is not very potent, it always good to avoid awkward encounters with this snake because even a single encounter can hurt a lot.

Each year, copperhead snakes have been reported to be responsible for the most number of snakes bites in the USA. Statistics show that at least 5,000-8,000 snakebites are as a result of copperheads attack. This is a huge number compared to the overall 55,000 cases of snakebites reported yearly in the country. Where did it get its name from? According to PennState Extension, the copperhead got its name from its copper-red head. You also come across other snakes that are referred to by the same name, although in a conventional way or non-scientific sense.

During winter, they hibernate within limestones crevices and dens with Rattlesnakes and black rat snakes. In the USA and the Gulf of Mexico, this snake is likely to found hiding in coniferous forests. Pit vipers are known for their heat-sensing pits located between the eyes and nostrils on both sides of their head. It is these heat-sensing pits that enable them to detect small changes in temperature and strike at its prey with high accuracy. 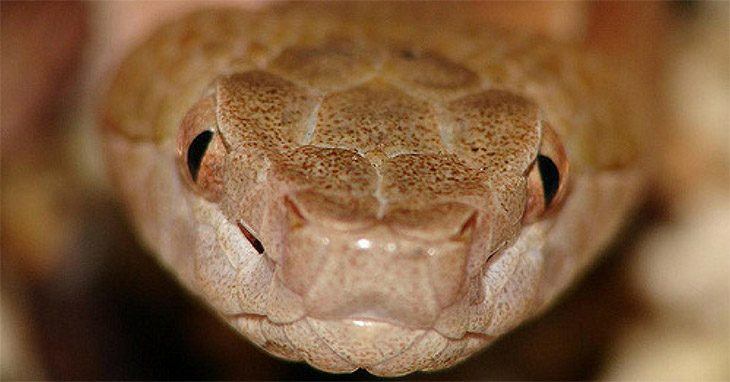 A copperhead head is a bit arrow-shaped or triangular. The head is distinctive along the neck with a unique ridge on top of the head in between the nostril and eye. When it comes to the color of the head, Rick Curren, the scaley dad of Scaly Adventures, describes it as “really coppery in color.” Copperheads come with only one color ratio. You will notice the hourglass patterns along with the tan and brown markings on it. Juveniles, they are first born, have a greenish-yellow color.

Copperheads have vertical pupils like the cat’s and irises that are usually reddish-brown, tan, or orange in color. For young copperheads, you can identify them with their more greyish eyes.

Copperhead snakes are a master of ambush. They are quick to attack their prey (mice, lizards, birds, and insects. Once they attack, immediately release venom into the system of their prey, which damages their red blood cells. It feeds its prey once they succumb due to the lack of oxygen.

Juvenile copperheads feed mostly on insects like caterpillars. Mostly they use their tails, which are yellow-green to attract and catch prey.

As mentioned earlier, copperheads are quick to bite when threatened, especially when relaxing. They will also attack when disturbed while on the hunt. Basically, frantic copperheads vibrate their tails fast releasing a very strong smell.

Often, copperheads like going out during warm, humid nights after the rain. You will find them out during the day in spring and fall. During summer, they become nocturnal.

Mostly they dwell on the ground, but you can also find them climbing over bushes and trees to look for prey. You also find them swimming in the water as well as basking under the sun.

They protect themselves by camouflage.

How to identify a copperhead snake

Below are some of the things that will help identify a copperhead:

If you ever meet a copperhead, leave it alone. Avoid disturbing it because once it gets agitated, it will hurt you severely.

Avoid an encounter with a copperhead during the mating season. They tend to be aggressive during this period because of intense hormonal activity.

Copperheads, both male, and female reach sexual maturity in four years. At that time, they are around two feet long.

Breeding seasons are from February – May and August – October. Courtship may last an hour or more depending on how the female responds. Mating time varies from 3.5 hours to 8.5 hours. Copperhead snakes attack without warning and strike once they feel threatened. Compared to most venomous snakes, copperhead’s venom only causes temporary damages to the affected area. The good news is that the venom is not fatal to humans, but you will have to endure the pain.

It is advisable to seek medical advice, precisely when children, immune-compromised people, and older people are bitten.

It is always easy to distinguish copperheads from other snakes you will come across. To know whether you have just encountered a copperhead, have a keen look at its head. If the head is triangular shaped and coppery brown, then you bump into one. Need more information about this reptile? We are here to help and answer all the questions you have.