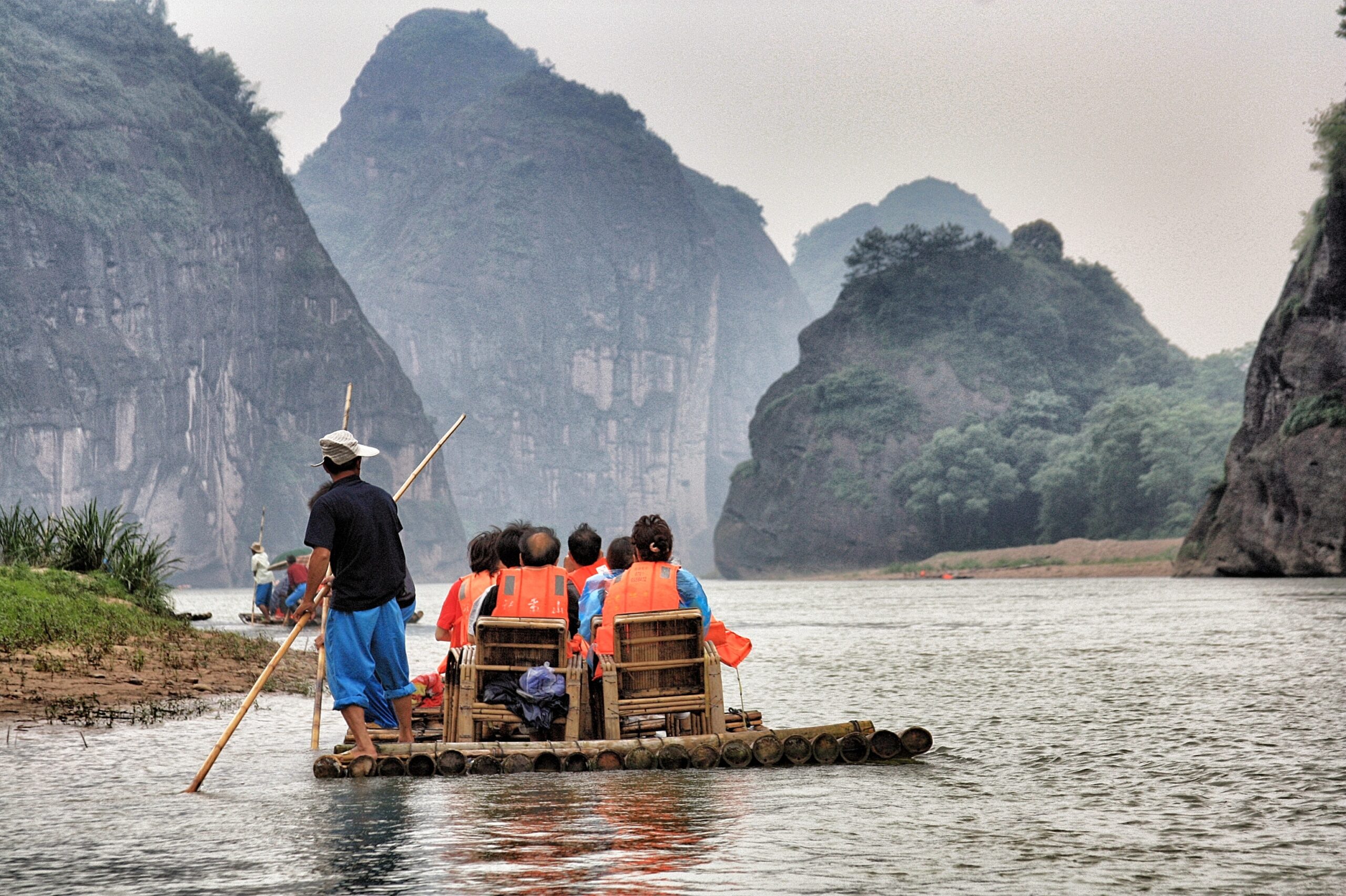 Originally, rafts were used as a simple and reliable mode of transport. These simpler form of rafts would float over water and was used to transport men and material accross water.

During those initial days rafts were made using logs or planks that were tied together. When huge logs were tied together, it formed huge rafts that could carry heavy objects. These rafts were used to transport construction materials, agricultural items, cattles and other animals, and even human beings.

While the initial rafts were simple and were used mainly as a mode of water trasport, as time progressed, rafts began to evolve. Modern technologies were adopted for the construction of rafts. Influence of modern innovation is clearly visible not only in the construction but also in the maintainance of rafts. The modern day rafts are light in weight, rugged and easily portable.

Inflatable light weight boats are currently the most popular form of a raft. These rafts are made from lightweight and strong fabrics like vinyl, or rubberised materials. Air chambers created using the fabrics generate buoyancy for the raft to stay afloat.

The base fabric used to create a raft are usually made from polyester or nylon threads. The base fabric is then coated with materials like PVC, polyurethane etc to make them water resistant and strong.

The main types of rafts available currently are

Rafting evolved from a means of transport to adventure sports. Commercial rafting started during the early 1900s. But rafting became popular among the common public during the 1980s. The popularity can be attributed to modern technnological advances that resulted in better safety and comfort.

These advancements made rafting accessible to even the not so adventurous people too. The late 1980s also saw the entry of more commercial private players into rafting arena.