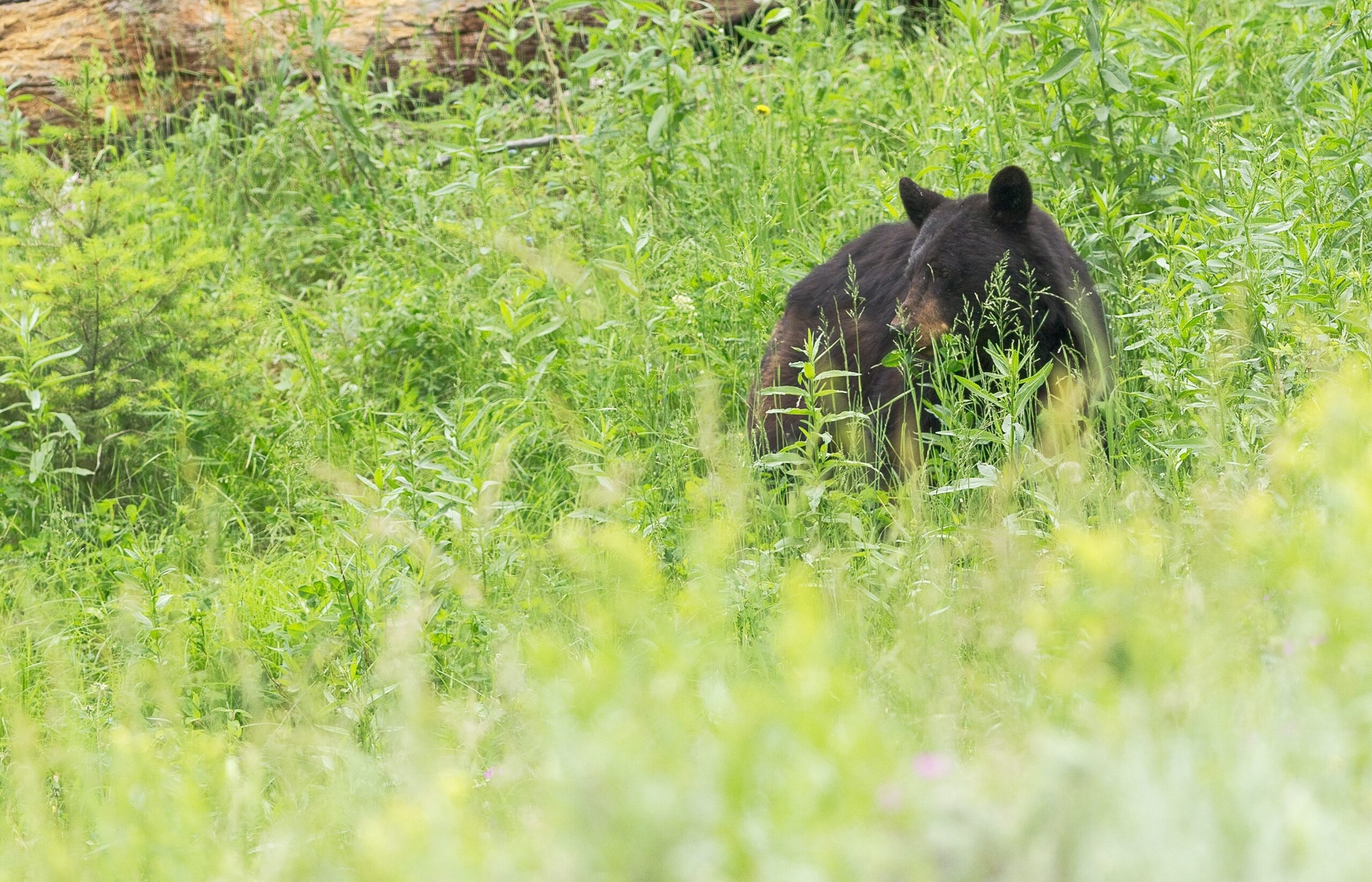 What to Do When Spotting a Bear and Using Bear Spray

Knowing what to do while hiking in black bear country can be important for staying safe in the woods.

Staying calm may sound like a simple and straightforward concept. However, when seeing a black bear that can weigh several hundred pounds, and knowing that the animal has a lot of power and strength behind it, can be a scary feeling. Panicking during a bear encounter could lead to negative consequences.

What to Do When Sighting a Bear From a Distance

If a bear is spotted from a distance, such as at the other end of a large meadow, then there is a possibility that the bear has not spotted the hiker. In this case, give the bear its space and the opportunity to move out of the area.

Do not try to provoke or startle the bear. If it doesn’t know that someone’s around, it won’t try to be defensive. Take some long-distance photos, and give it plenty of room.

What to Do When Encountering a Bear Close-Up

Close encounters with bears can happen when a hiker isn’t paying attention, maybe turning a corner in the trail, and all of a sudden, there’s a bear in the middle of the path. This is a time to make noise.

Clap the hands together, yell, and bang pots and pans together. If part of a group of hikers, get together to appear larger. Begin to back away slowly, but not run.

Don’t Run From a Black Bear

Running away from a black bear can be an indication to the animal that the hiker is weaker and may decide to give chase. Bears can run quite fast, and black bears are very capable of climbing trees. Sometimes a bear may decide to charge a hiker, running towards a hiker for a few seconds before veering off.

Bear spray is a large canister of pepper spray that, when sprayed into the eyes of a bear, can be used as a deterrent. This can be a helpful tool when in heavily populated bear areas or where bears are known to be aggressive.

If used incorrectly, the pepper spray could drift into the eyes of the user, rendering the hiker incapacitated as well. When using bear spray, follow the directions on the can, and be aware of the wind, which could blow the spray back into one’s eyes.

Bears Are Wild Animals and Unpredictable

Even hikers with a lot of backcountry wilderness experience can’t always expect a bear to be predictable. Bears are wild animals; they are to be respected.

Bear Attacks: Their Causes and Avoidance, is an excellent book to refer to for encountering a bear. It discusses black bears and grizzly bears, as well as case studies.

Encountering bears in the woods can be a scary yet thrilling event. Taking the proper precautions and following the advice of land managers can help keep one safe.