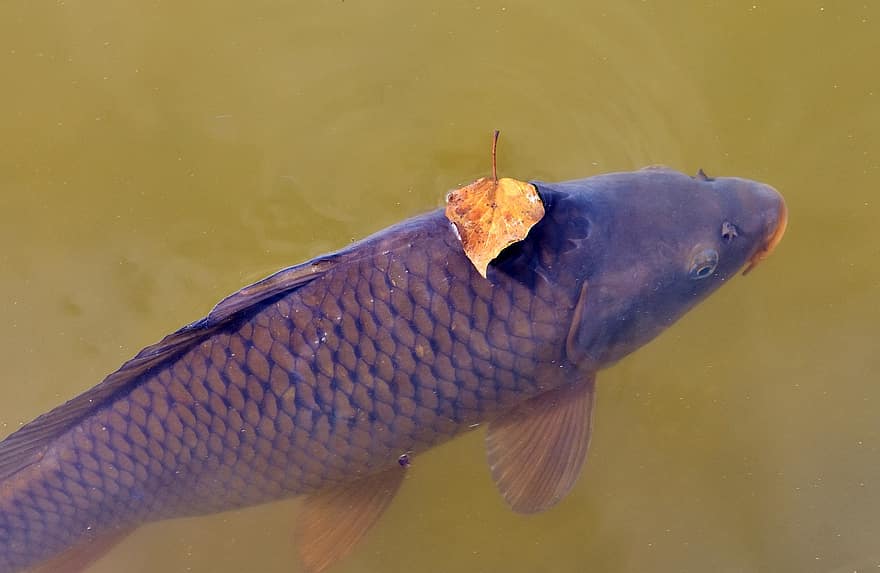 Often crudely referred to as the “Pig of the Pond,” the assertion that the carp will eat just about anything is a little overstated.

Ask any carp angler how many hours, days, and weeks have been spent waiting for an elusive single bite, and it becomes clear that whilst this fish is a voracious and opportunistic omnivore, mother nature invariably provides perfectly adequately from her watery larder.

Here we look at the key microscopic and uni-cellular elements of the carp’s natural diet and highlight some of the constituents which could be replicated by the creative angler.

Foods rich in protein are good sources of lysine. For the carp, that would mean certain fish such as their own fry and eggs and that of other species; nuts, soybeans, spirulina (microscopic blue-green algae in the shape of a perfect coil living in both salt and freshwater), and fenugreek seed.

It also explains why anglers have been successful when introducing tuna into their ground bait for carp.

Methionine is found in many foods available to man, but carp, seeds, nuts, and shellfish have proved to be reliable sources.

Phytoplankton is microscopic organisms that thrive primarily on sunlight and carbon dioxide and are regarded as the basis for all food chains. Some 90 percent of the world’s oxygen is produced by these single-celled organisms and for carp it is a genuine superfood containing vitamins, minerals, and healthy omega-3 fats.

Zooplankton, another carp favorite, are organisms that “drift” or “wander” in the water column, which explains why fish feed at all depths. Rotifers, cladocerans, and copepods are three zooplankton known to figure highly in the carp’s diet.

Rotifers are multi-celled and measure up to two millimeters in length. They are recognizable by the single, double or sometimes multiple crown-like coronae of cilia which appear to rotate and which is how they derive their name.

The bodies of many rotifers are transparent, and their internal organs are visible. They thrive in freshwater, either swimming freely or attaching themselves by the foot to the stems of plants. Rotifers are composed of carbohydrates (mainly glucose) and fatty acids and feed on phytoplankton themselves.

Cladocerans are small micro-crustaceans, commonly called water fleas. They are free swimming and evolved from a type of clam shrimp over 200 million years ago. They are made up of 71.2 percent protein which is the attraction for the carp. They are a critical part of any freshwater ecosystem and, when feeding, can clear pollution-led algal blooms in lakes.

Copepods are also small crustaceans but are benthic, i.e., living on the lake bed rather than free swimming. They can be identified by the presence of a single eye in the middle of the head at least at the larval stage.

Interestingly for anglers, live copepods are available to buy online, as many aquaculturists have been doing for years to supplement their aquariums.

Another vital part of the carp’s diet is the bloodworm. Bloodworms, the larvae of the midge, are packed with amino acids and emit a smell that signals this to the carp. They thrive on the bacteria produced by decomposing matter and so are abundant in and around sewage outlets and lakebeds where detritus naturally settles.

They are a vivid red in color and wriggle energetically in the water, which alerts the carp’s predatory instincts. Composed of 62.5% crude protein, they will attract all freshwater fish like a magnet.

There are two things the angler might take from the above:

This has been a snapshot of some of the better-researched elements of the carp’s natural diet in terms of microscopic and single-celled organisms. Bigger food items such as daphnia, snails, mollusks, algae, benthic, and tubifex worms are covered in non-microscopic elements of natural carp food.