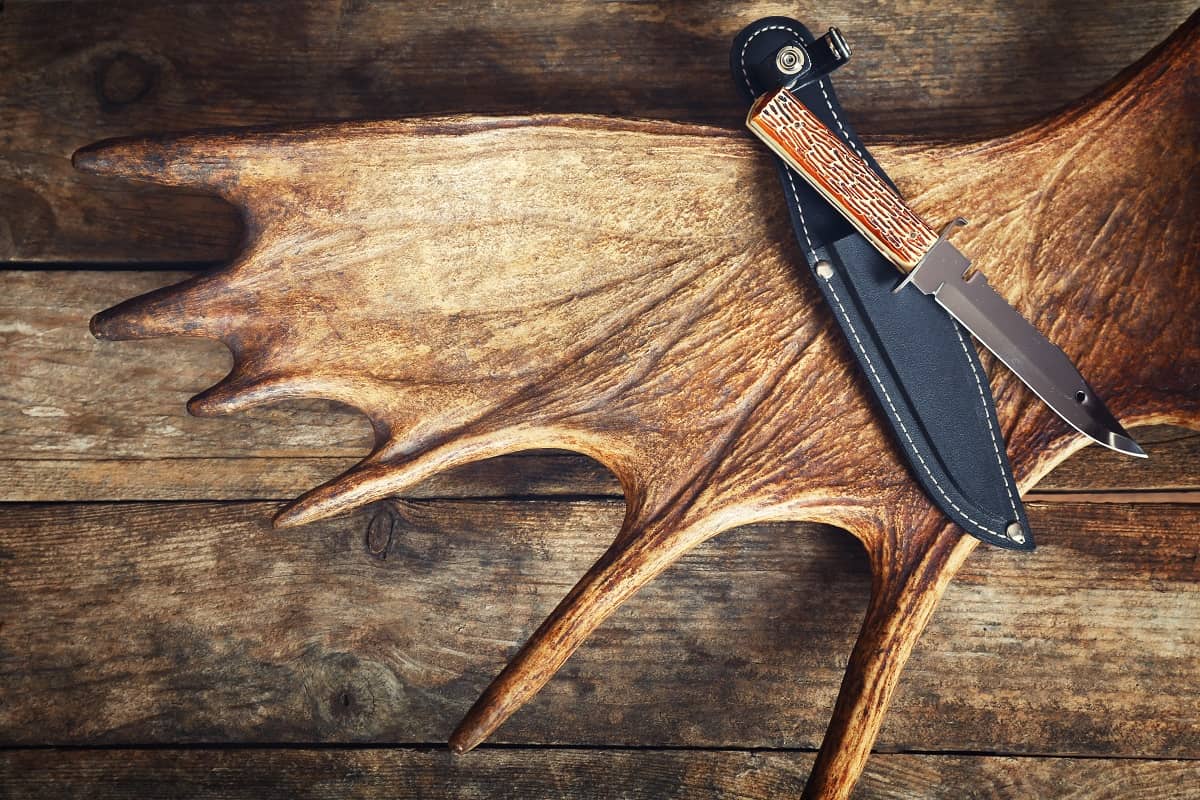 What is a hunting knife used for?

Although hunting is not as common as it once was, in countries around the world, it is still present. Survival hunting is almost extinct, as you know, and today most people either participate in it for trophies or balance a certain area’s biodiversity.

In view of this, the necessary equipment for hunting consists not only of proper clothing and protection but also of the weapon with which you will be hunting.

Hunting weapons and rifles are popular among today’s hunters, but there are still those who enjoy using a good bow or a knife. But what are you going to do with a knife? We need to explore the applications of hunting knives and the laws around them to answer these questions.

While its name suggests, as we described above, the hunting knife is rarely used to kill an animal since guns and rifles are easier and more effective in getting to your target. Many people also enjoy hunting with a knife because it’s more difficult and it’s limited to just a small group of animals with which you can succeed. But what are a hunting knife’s other uses?

While most people do not use it to stab an animal through the heart, for things like skinning, deboning, gutting, and even capturing the animal for a trophy, a knife is still feasible. Normally, the gutting procedure is done with a gut hook blade as it is sufficient to ensure that no abdominal or muscle tissue is destroyed in the process.

Sweeping blade knives seem to be the most efficient for skinning and deboning.

Caping is only performed by trophy hunters and usually consists of skinning and detaching the head from the chest area with or without a collar.

Make spears with it

While hunting with just the knife is theoretically conceivable, the limitation of the range will make it difficult to get near enough to a prey animal to strike. You’d be better off using your knife to make a couple of spears.

Because this involves hunting, please abide by all applicable laws (if laws are still applicable).

There are wide different varieties of spears, but they are all basically just pointy rods that you poke into your prey. The point might be either the stick itself or a knife lashed to it.

The latter is more effective, but you are more likely to lose your knife.
Make a primitive spear out of a single knife. Make a knife spear if you have a lot of knives or if you like to live recklessly (please play it safe).

The wood used to construct the shaft of both types of spears is the same. A hardwood branch that is as straight as possible, about an inch in diameter, and three to five feet long is ideal. Green wood should be avoided.

Trim any protruding knots or branches with your knife. It might also be a good idea to remove the bark for improved grip.

If you’re planning to construct a rudimentary spear, whittle the narrow end into a point. Carve away from you, towards the end of the branch, by digging your blade into the wood near the handle.

You can attempt spearing fish with a regular spear, but they will usually dodge out of the way. It’s also challenging since light refracts across the water. A better design for a fishing spear divides one point into four, each somewhat separated from the others.

Is it legal to hunt with a knife?

That’s a great question. Now that we’ve learned about the few uses of a hunting knife let’s look at the laws that govern it. To reply to this, you need to consider regulations for hunting permits that are present in your region.

Instead of so-called primitive weapons, most hunters use firearms, including knives, bows, arrows, and spears. This means that hunting with a knife is not as good as you might expect.

It is almost always legal to hunt with a knife when you have a legal right to hunt an animal.

Also, the basic principle is that you shouldn’t have a problem using the knife to deliver the final blow if you have a hunting permit. You’re not likely to come near to the animal you need to kill with a hunting knife alone.

It means you’ll only pierce through your heart in most situations once it’s already wounded. Nonetheless, this does not diminish the value or the flexible use of a hunting knife, as you will need one more often than not to get the field dressing finished.

When is it legal to hunt with a knife?

What you should note is that it is not legal to hunt such animals— with a firearm or a primitive knife. It shouldn’t be a problem as long as you are familiar with the laws in your area and have permission to use arms and do as our ancestors once did.

But what are you going to hunt with a knife, and are there any creatures that are slow enough to get it done with just a hunting knife?

What animals can you hunt with a knife?

The response to the above question is quite easy— there are not many creatures that you can chase with just a knife. Bows and arrows are much more effective because they don’t allow you to chase after the animal like a knife.

Bearing this in mind, it seems that hogs and tortoises are the only two common types of animals that you can kill using a hunting knife.

This is mostly due to the animals being pretty static and having other defense mechanisms that are not working. If you’re an experienced hunter and you’re going after the wild boar, you can be in a position where you step into the action and finish it off with a knife after your dogs have cornered the beast.

Nevertheless, this can be very dangerous because you can get unwounded boars, which can lead to serious injuries.

There are two primary techniques for hunting with dogs. The dogs pin the boar in both circumstances, generally by squeezing its ears in their teeth. The first method involves grabbing a leg or legs, flipping the pig onto its back, and exposing its underside so you can stab it.

The second strategy, which you might use if you don’t have much room to maneuver or if the boar’s strength or weight is particularly difficult, involves stabbing the boar from above to weaken it before flipping it over. Then you deliver the killing blow from below.

If you’re hunting alone, or if your hounds are only trained to flush the boar from the bushes, not pin it, you wait for the boar to attack, then confront it head-on. You stab it after pushing it to the ground. It’s no surprise that knife hunting is seen as a test of bravery!

There are various things you can do to boost your chances of success, whether you have dogs or not.

Remember to stay prepared and to hunt in a clean and ethical manner. You’re on your way to one of hunting’s greatest adrenaline rushes.

While using a hunting knife can be quite a challenge, it’s not as successful as it was back in primitive hunters ‘ day. This doesn’t mean you shouldn’t invest in one because not only do hunting knives look cool, but they’re also used for a number of other acts like skinning, deboning, gutting, and caping.