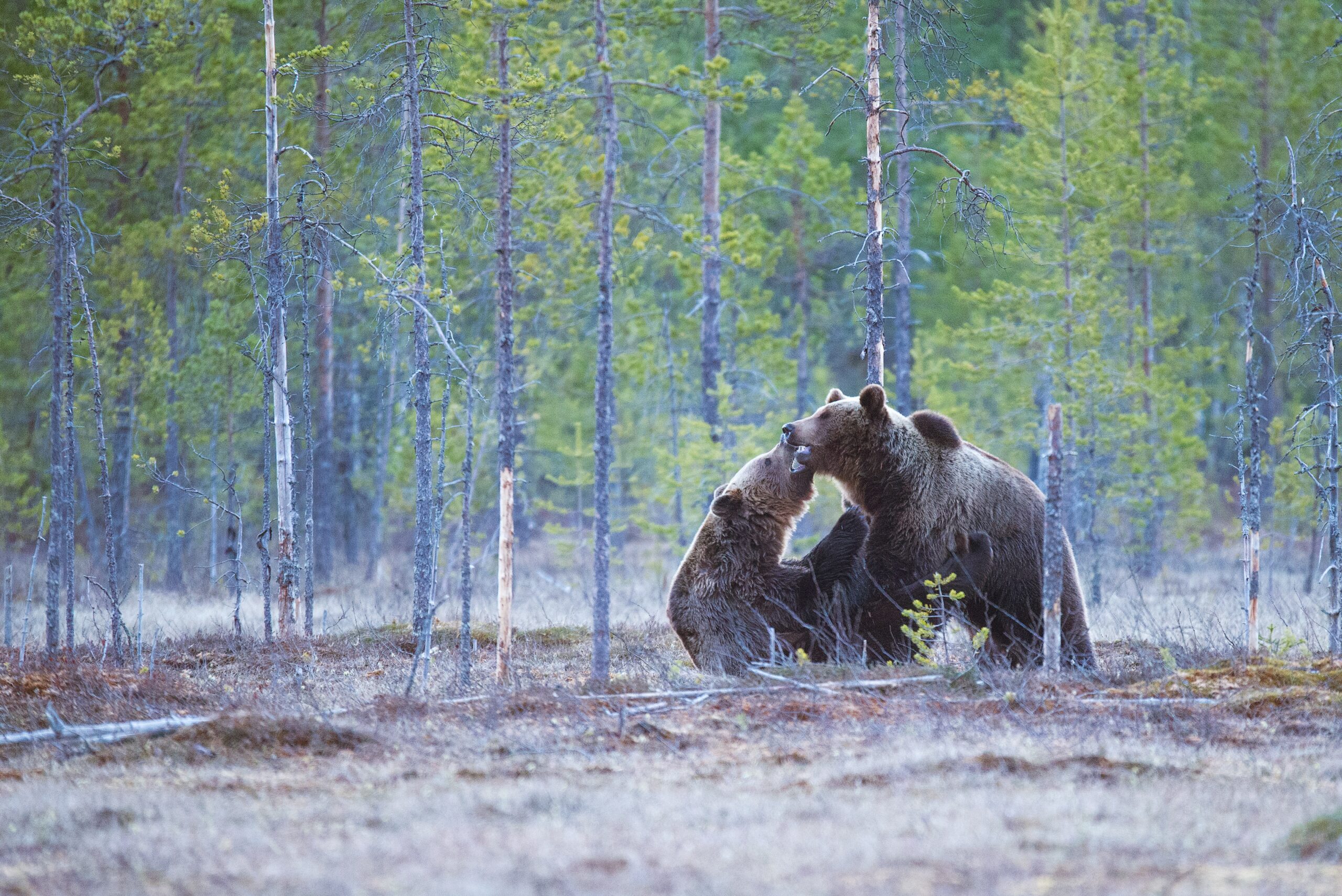 Bears are found all over the North American continent. While seeing a bear in the wild can be exciting for outdoors people, it can also be scary, and potentially dangerous. It’s important for hikers, cyclists, fishermen, and campers to differentiate between the species, because the three types of bears respond differently to interactions with humans.

Black bears (Ursus americanus) are among North America’s most adaptable mammalian species, happily occupying habitats ranging from the arid lands of New Mexico and Arizona to the Alaskan rain forests to suburban lawns in New Jersey.

While there have been several highly publicized black bear attacks on humans in recent years, including a recent fatality in Great Smoky Mountains National Park, these are rare exceptions. Black bears do not normally exhibit predatory behavior around humans; however, individual black bears can, and have, killed humans.

So any encounter with a black bear needs to be viewed with caution and respect for this large animal’s strength, wildness, and unpredictability. .Avoidance is always the best strategy,. If black bears get too close and seem unduly curious, the best defense is an offense: Any people in the area should band together, wave sticks, and generally make themselves as large and threatening as possible.

Black bears can be any color, from black to light brown. They have a long pointed snout. Because grizzly bear habitat is limited to a few western states and the western Canadian provinces, any bear encountered in the 48 contiguous United States (except for Montana, Idaho, Wyoming, and possibly, northern Washington) and in central and eastern Canada will be a black bear.

In Alaska and western Canada, Ursus arctos includes the brown bear and a smaller but fearsomely famous subspecies, the grizzly (Ursus arctos horribilis). Brown bears tend to live in coastal areas, where they prefer a diet of fish and berries. The grizzly tends to live inland, and is more likely to hunt smaller mammals. Both species, however, are omnivorous. (Note that the names “brown bear’ and “black bear” give no identification help whatsoever; In both cases, bears can range from a light cinnamon color to dark brown.)

Grizzly bears also live in the contiguous United States; they are classified as a threatened species. Confirmed grizzly populations live only in Idaho, Montana, and Wyoming, mostly in the Greater Yellowstone and Northern Rockies ecosystems. (The latter comprises Glacier National Park, the Bob Marshall add Scapegoat Wildernesses, and some adjacent areas.) There may also be some grizzlies in northern Washington’s North Cascades. In Canada, grizzly bears are most common in the Canadian Rockies and in British Columbia.

Grizzlies and brown bears can be distinguished from black bears by their round, dish-shaped faces, the hump on their shoulders, and their “grizzled” fur. They are also much larger than black bears. Always follow ranger recommendations when traveling in grizzly country. Grizzlies do not often prey on humans, but predatory behavior is not unheard of. Traveling in groups is much safer than traveling alone: There has been no documented grizzly attack on groups of more than four people.

Recommendations for dealing with overly curious grizzlies are the opposite to those of dealing with black bears: Back off slowly (never run), and if attacked, play dead. (Most grizzly attacks are defensive, and “playing dead” removes the threat, as far as the grizzly is concerned.)

In North America, polar bears (Ursus maritimus) live only in the far Arctic north of Canada and the United States. preying largely on seals and other Arctic sea life. Recognizing polar bears is easy (white bear, black nose), and travelers in close enough range to actually see one need to be first and foremost concerned about their safety:

Polar bears are meat-eating predators, pure and simple, and they will attack humans if the opportunity arises. Most tourists venturing into polar bear country travel with knowledgeable local rangers (who are usually armed).

By being able to recognize the species of bears and understanding their behavior patterns in interactions with humans, hikers and other outdoors people traveling in North America’s bear country will better be able to stay safe.