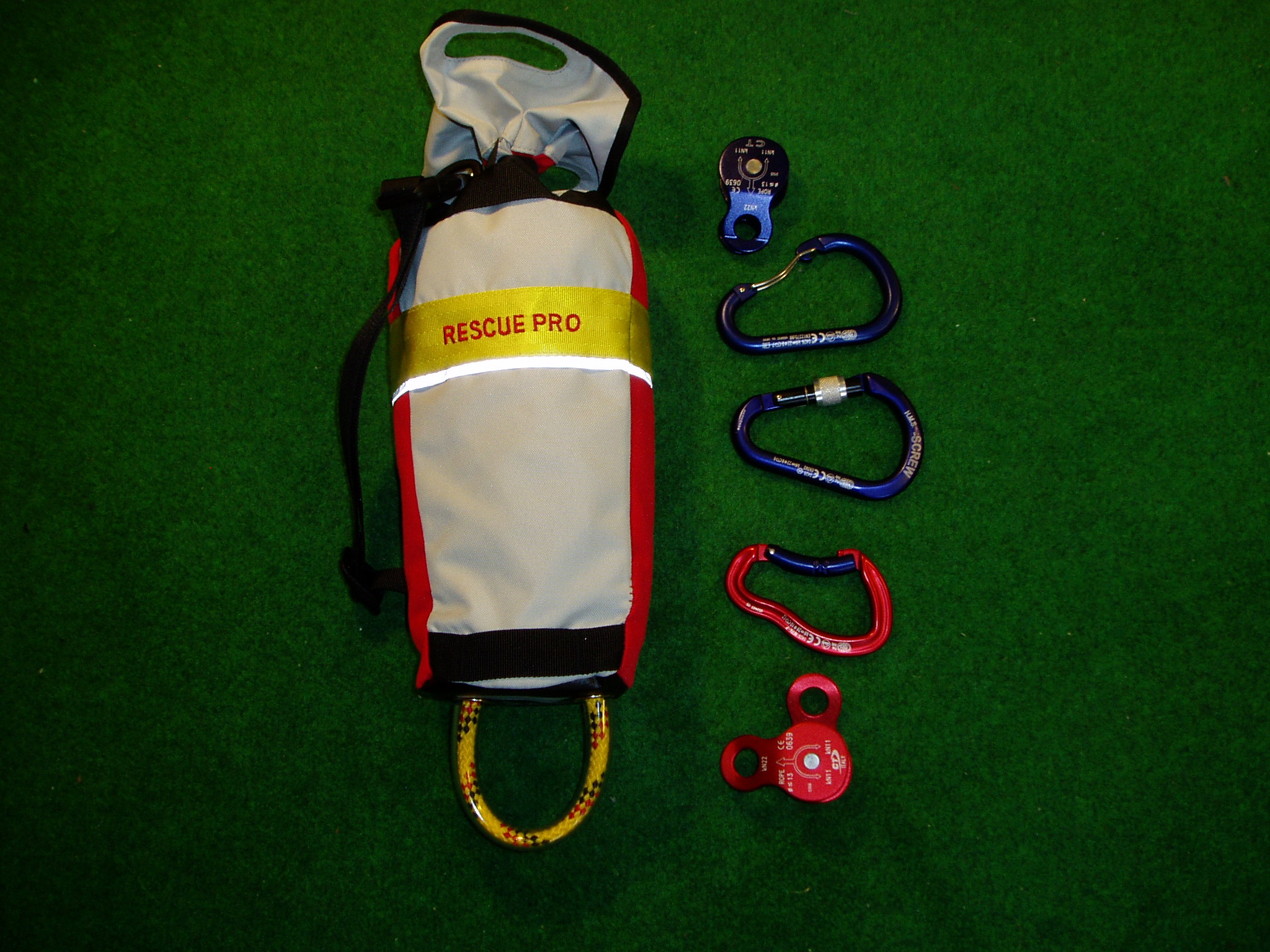 A throw rope bag is an important water rescue device that can put a line quickly on a person in the water or to unpin a boat.

Throw bags are an important water rescue device mentioned a number of times here at Boating & Sailing. They should part of your paddling equipment list. They are the combination of a small stuff sack equipped with a foam float and filled with a piece of line ranging from 50 to 70 feet in length. One throw bag should be carried per boat in a paddling group. A spare is handy for a quick second effort.

During a rescue attempt in swift water

a throw rope bag should not be deployed unless the would be rescuer is ready to get wet. Ideally, the thrower will wearing a Personal Flotation Device (PFD) and helmet. A length of line pulled out of the opened sack and belayed around the back, held by the left hand and the bag with remaining line thrown just ahead of the person in the water. A nearby tree or additional rescuer will greatly assist in holding a swimmer against the current. Never tie the bitter end of the line to the rescuer. Loose line poses an enormous hazard around swift water.

Grab the line as it crosses in front of you and not the bag. Make sure a person in the water knows the bag is on the way. Being struck unexpectedly can endanger a swimmer. Once a swimmer has a grip on the line, let the current swing them towards the shore. It is difficult, if not impossible to pull someone directly in to the shore while in a strong current.

It takes a while to become proficient with a throw rope bag. Practice throwing the bag at targets in the water and repacking it quickly. Start practicing with underhand throws and work up to sidearm and overhand throws to increase versatility. Anyone taking a swiftwater rescue class will see a lot of throw rope bag practice.

Carry a sharp knife attached to the front of your PFD. It can come in handy during a line entanglement. Line used in a throw bag should be a minimum of 8 millimeters (3/8 inch) in diameter to protect the hands and float to avoid getting caught in the rocks. Anticipate the shock a swimmer will place on the line once they grab it in the current. Keep rescue lines clean and dry.

Throw rope bags are inexpensive and effective water rescue devices. Carry one with you on your next boating trip and know how to throw it. Practice with your paddling friends and it may be you that is successfully rescued.