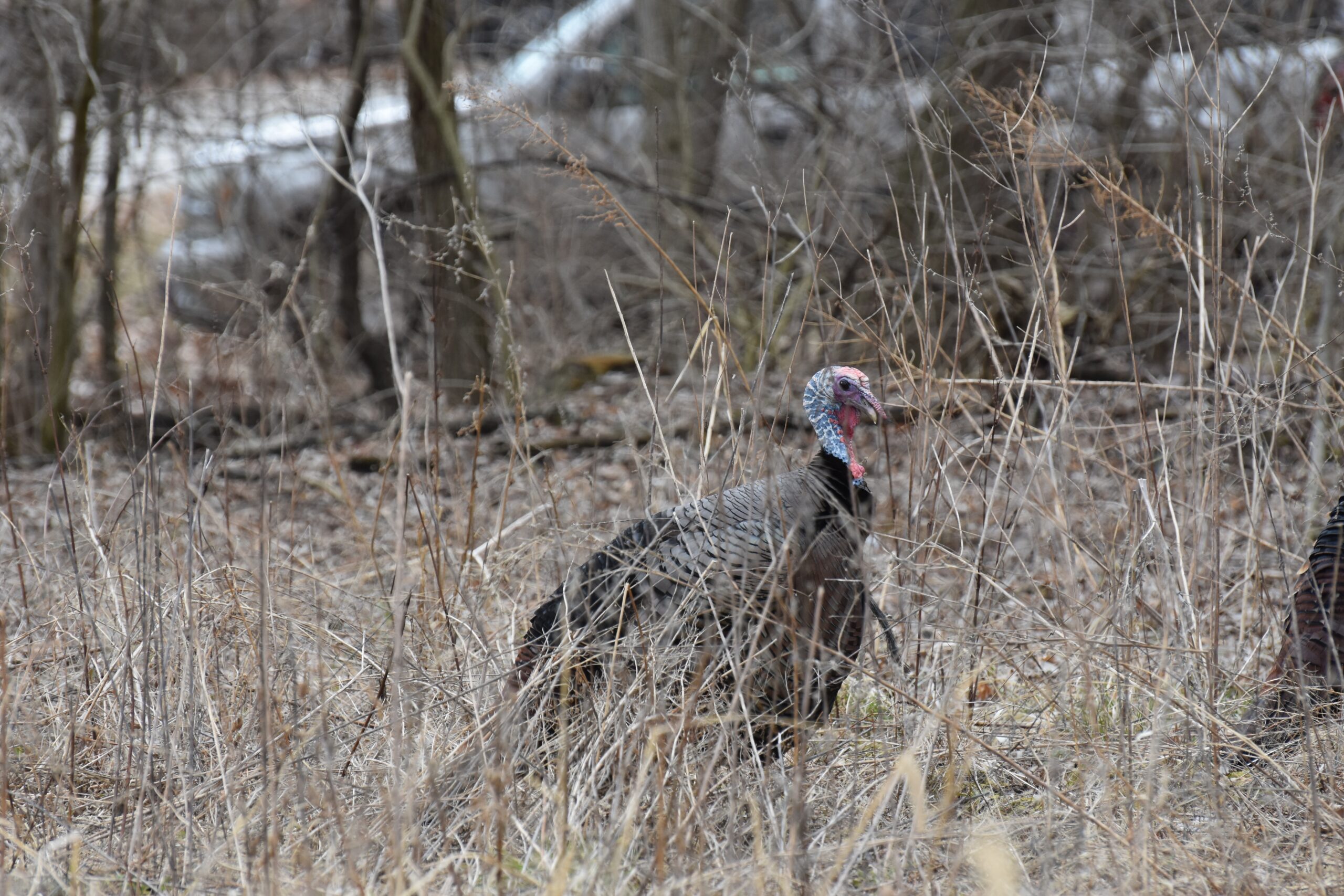 Gone is the mating urge that is at the center of most spring turkey hunting tactics. In its place is plain old turkey instinct to survive. By fall, turkeys have broken up into family groups, groups of hens only or gobblers only.

The hunter’s objective is to get birds from one of these groups within the shotgun or arrow range.

The traditional fall hunting tactic is to find a flock and break it up. The break-up can either be done by hunters flushing the birds or a dog. The objective is to have the turkeys scatter in as many different directions as possible.

Then, the hunter waits near the break-up site for the birds to return.

Although gobbling is minimized in the fall, turkeys still gobble on the roost and use other vocalizations. The hunter who successfully broke up a flock wants to try and mimic the call of the turkeys that were in the flock.

If it is a family group, a kee kee call or kee kee run is used to bring the birds back. Kee kees are the call of young-of-the-year turkeys. The call can either attract the hen looking for its young or other young looking for their hatch mates.

Yelps and clucks are used to bring hen flocks back together. Gobbler yelps – which are coarser, slower yelps – are used by reassembling toms.

The key to breaking up flocks is scouting. Sure, it’s possible to break in the boot leather and get some exercise searching for flocks in areas known to be used by turkeys, but a lot of miles can be covered without encountering birds.

Feeding areas are one prime area to look for turkeys. Roosting areas are another. One popular technique is to flush turkeys out of roost areas just before dark.

After being lonely all night, the turkeys are then anxious to reassemble in the morning. Or, flushing the birds off the roost in the morning is another option.

One advantage of using dogs to break up flocks is the turkeys will associate the animal with the break-up and not be as suspicious of hunters. The other obvious advantage is the dog’s ability to scent and find turkeys better than humans.

Lying in wait for turkeys is another popular fall hunting technique. The hunter can wait for near known feeding areas, roost areas, or known travel corridors.

One thing to keep in mind for all fall hunters is safety. No longer are turkey hunters the only ones in the woods in camouflage.

Now, they are joined by archery deer hunters, waterfowl hunters, and others. Wearing blaze orange while en route to the hunting area is a good idea.

Most jurisdictions that have a spring hunt also allow fall hunting but remember to check the regulations before heading afield.

Fall turkey hunting can be just as much fun as spring hunting, but it has its challenges. Success is still met with a fine turkey for the table.