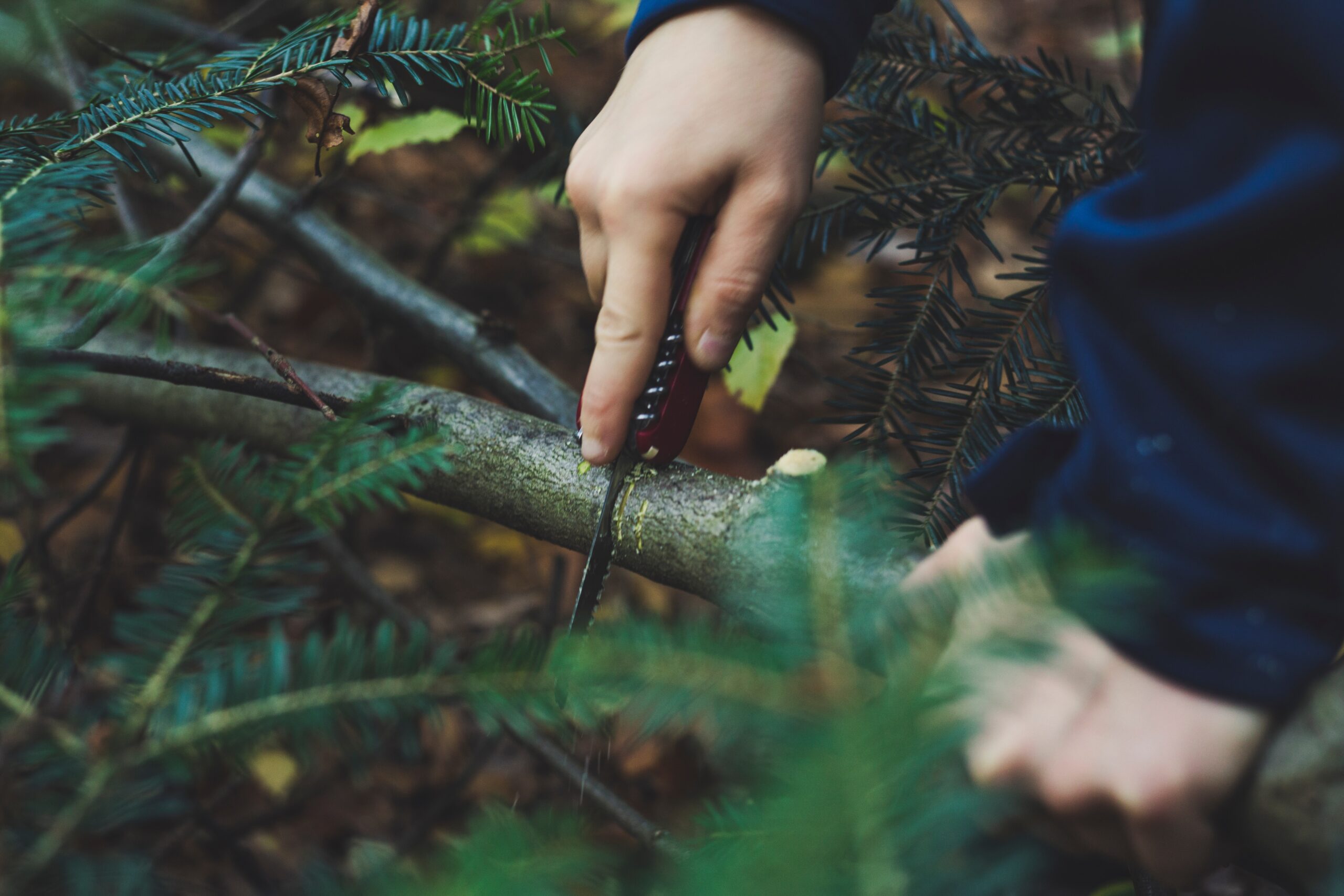 Many of the skills and techniques that are covered on a combat survival course can be of great benefit to the environment when employed by the wilderness backpacker. A good deal of the regulations that many wilderness park authorities try to enforce are to do with keeping the park as natural as possible; these regulations restrict much of what wilderness backpacking is all about.

While we all do our best to work within these regulations wherever possible, the fact is that those who have training in combat survival will always have more freedom; allowing them to venture on longer trips without re-supply. Let’s look at it using no more than common sense.

In many parks there are strict rules on lighting fires. These are in the main sensible and have been brought about by people building fires with little or no idea about safety and have also left the unsightly scar for everyone else to see: a classic example of “the few spoiling it for the many”. The benefits of combat survival training where fire is concerned can be easily explained.

The very fact that the person is on the run from his/her captors means that lighting a fire will seriously compromise invisibility; it will only be done when absolutely necessary and for a specific purpose, perhaps cooking, water purification or warmth. This being the case, the fire will be as small and as contained as possible, producing little or no smoke.

The by-product of doing this is that the safety aspect is covered as completely as possible. As the person does not want to be found, the area will be returned to its original condition; this being done to such an extent that no evidence whatsoever of a fire or indeed his/her presence will remain.

Building shelters is also frowned upon in many parks. This again is because people go in and hack down trees, bushes and anything else that they feel they may need to complete their masterpiece. A suitable shelter can be made with no tools and only what you can find around your chosen area. This type of shelter (a windfall shelter) does not use anything that the area has not discarded naturally. There are two main reasons this type of shelter is perfected in combat survival.

The first is that you are likely to have no tools at all on your person; the second and more important reason is that by cutting off branches you will leave a sign of your presence. Once signs are noticed in two or more locations your general direction of travel will be revealed, reducing your chances of escape dramatically.

Damage underfoot is not normally a problem in the wilderness as it is unlikely that two people will ever tread on the same piece of ground twice. However, there is a benefit here for both the ground and the wilderness backpacker. The escapee will be aware that he/she is being tracked and that leaving clues in the form of “ground sign and top sign” will indicate a general direction; with this in mind he/she will be extremely careful not to tread where a print will be left or a twig will be broken.

In fact, there are many things that the escapee will be avoiding in order to maintain invisibility. The benefit to the wilderness backpacker is that by learning to move stealthily through different types of terrain he or she will use less energy than would normally be the case.

Where Does That Leave Us?

We have only just scratched the surface of this subject, leaving many unanswered questions I’m sure. I am certainly not suggesting that to be a good, careful, wilderness backpacker you will need combat survival training; it just brings to the fore all the minor avoidable damage that is done on a walk through the woods. In addition to this it highlights the fact that with a little care and knowledge we can do a lot more with a lot less environmental impact.

It no doubt sounds like an immense amount of trouble to go to and I’m sure to many it conjures up thoughts of covering yourself in mud and crawling about in the undergrowth; as is so often the case, the reality is quite different. These little things will only be apparent to the trained eye and go unnoticed by the vast majority. As for hard work, well, not a bit of it really; if there is any, it’s more mental than physical but it comes as second nature after a while. The reality in practice is that the people with these additional skills are able to travel wherever they like and do whatever they like as no one will be any the wiser.

The Rules and Regulations

I am in no way saying that the rules should be disregarded, only that they are likely to be disregarded by certain people. Just taking the fire rules in many parks as an example, it seems to be acceptable to say “No Fires” to eliminate the risk of fire in the park but not acceptable to say “No Automobiles” to eliminate the risk of automobile accidents. Surely the problem is one of education.

It is very easy to make a rule but enforcing it is something entirely different. We rely on the people using the wilderness to keep it as it’s meant to be. Keep the rules for the people who only venture 100 m from the car and allow education to deal with the rest.

The shelter in the photos was built with all natural materials already on the ground. These materials have only been trimmed with an axe to save time for demonstration purposes.