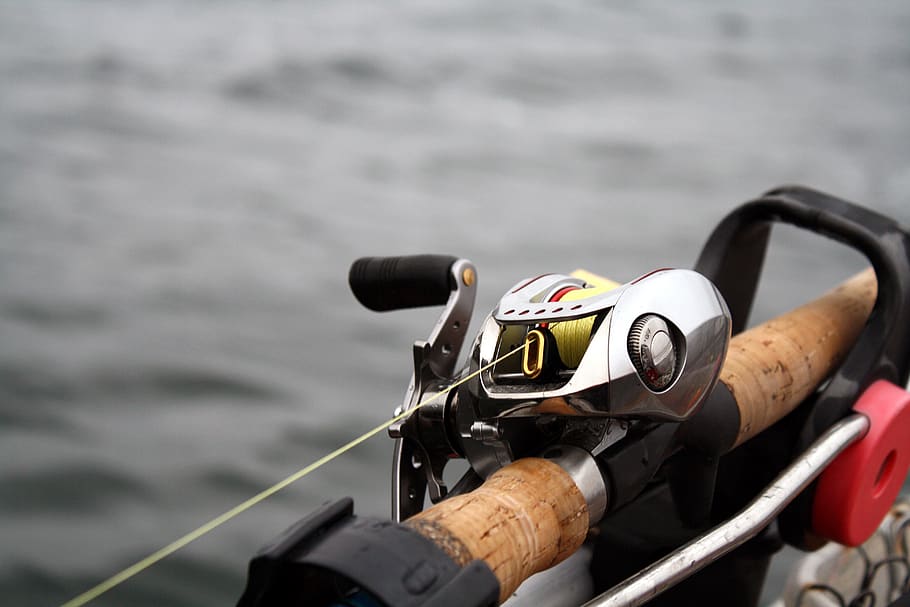 Fishing rods come in many styles and sizes. Each one has been designed and given certain characteristics to perform best under certain conditions.

In days long gone by, fishing rods were pretty straightforward. There were very few types of rods, each meant to cover multiple fishing situations. Not so anymore.

The modern purchaser of fishing tackle is faced with an ever-growing array of fishing rods to choose from. The characteristics of each rod make it suitable for specific fishing situations. 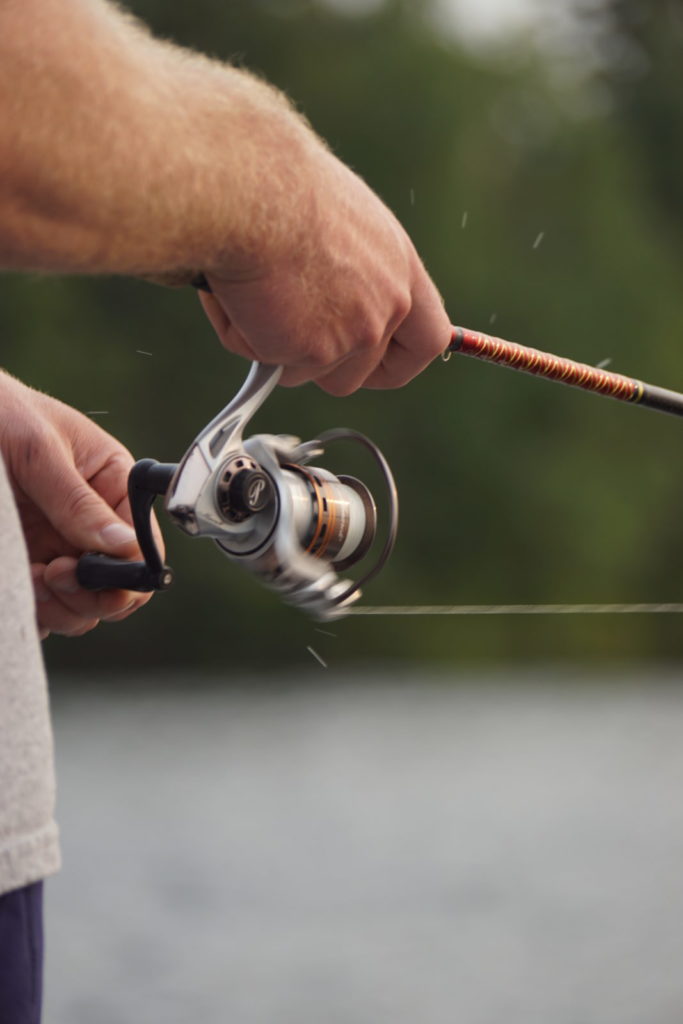 Understanding the characteristics of fishing rods makes matching them to situations much easier. Components and type (spinning, casting, trolling, etc.) notwithstanding, there are three characteristics to consider in a fishing rod: action, power, and length.

The Blank is the Heart of the Rod

The blank or shaft of a fishing rod is the core to that all other components are attached. This is the heart of the rod and ultimately determines how the rod performs under given conditions.

Blanks can be constructed of fiberglass, graphite, boron, and combinations of the two or all of these materials. A small percentage of rods, mostly fly rods, are made of bamboo, but that is another discussion altogether. 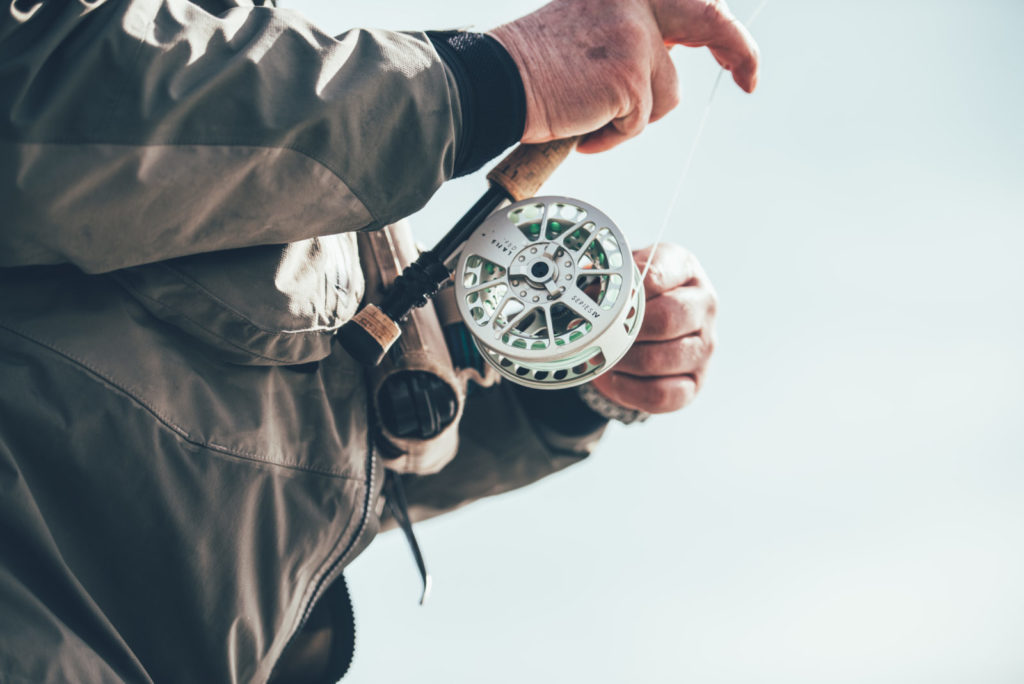 The varying properties of rod blank materials ultimately determine the character of a finished rod. Generally speaking, fiberglass is heavier and more flexible than graphite and boron.

What this translates to is fiberglass will produce a softer, slower, and slightly heavier (weight in hand) rod than graphite or boron. Graphite and boron will produce stiffer, faster, lighter rods.

The majority of modern fishing rods are made of graphite. Because of the cost of boron, it is most often only used in very specialized situations.

Fiberglass has fallen out of favor with many anglers and rod manufacturers after the introduction of graphite. This has left the inexpensive fiberglass being considered by many as a specialty material also.

The action of a rod is described by manufacturers as slow to extra fast. The difference between a fast and slow rod is determined by how the blank reacts when flexed and released. A rod that is considered slow reacts just as the term implies.

The action of a rod affects the casting stroke and the ability to fight against the pull of a fish. Generally, a slow rod is much more forgiving of casting mistakes.

Casting accuracy, however, suffers from a slow action rod. When fighting a fish, a slow-action rod absorbs more of the shock and strain exerted by the fish. 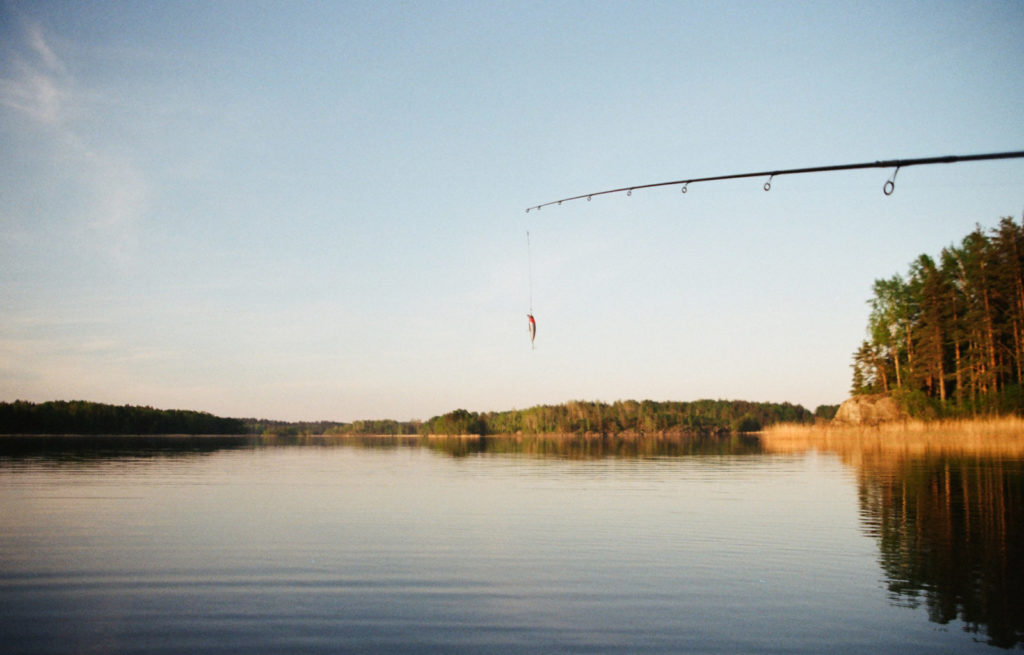 A fast action rod is less forgiving of casting mistakes but does allow for much better casting accuracy. A fast-action rod is also better at pressuring a fish during the fight.

The immediate return of the rod to a straight position allows the angler to apply more consistent pressure tiring the fish faster. A fast-action rod will absorb less shock, thus putting more strain on the fishing line.

Simply put, the power rating of a rod refers to how much pressure it takes to make the rod bend or its resistance to applied weight. This resistance, along with the action of the rod, is what determines the suitability of the rod for certain applications.

The power rating of a fishing rod is usually listed on the rod blank just above the handle. The power rating consists of the manufacturer’s recommendations for line and lures weights to be used with the rod. Fishing rods can be found in a range of power ratings from ultra-light to extra-heavy.

It is worth noting that there is no exact standard between manufacturers for either action or power ratings. Though fairly consistent throughout the industry, there is some degree of manufacturer preference in their individual rating scales. 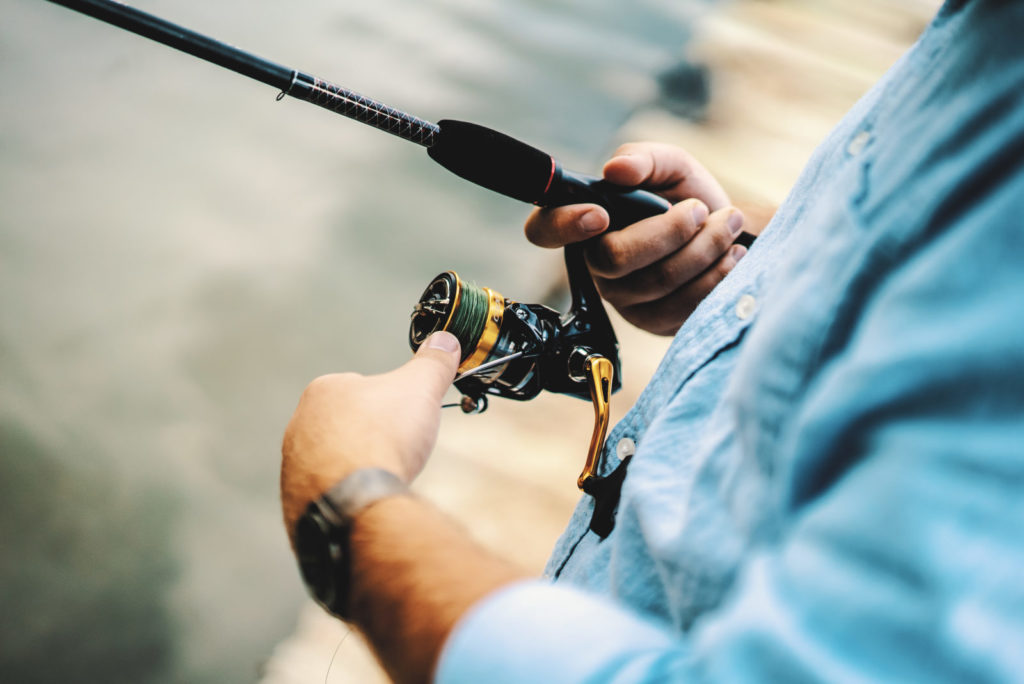 Light rods use light line and lure; heavy rods use heavy line and lures. On the lighter end of the scale, line weights range from two to six pounds for ultra-light rods.

Line weights for heavy rods can range from 14 to 30 pounds for freshwater rods and 30 to 80 in mono, and 60 to 100 and heavier for saltwater rods. Medium rod recommendations fall somewhere in between.

Medium-weight rods can handle a range of lures at 3/8 to 3/4 ounces. Heavy rods can range up to three-ounce recommended lure weights depending on their intended use.

The taper of a rod is the reduction in diameter that occurs between the butt and tip of the rod. The smaller diameter of the tip allows it to bend more easily than the thicker butt section of the rod. Rod tapers vary for different situations.

The significance of the taper is in that it allows the rod to absorb the brunt of pressure applied during casting or the fighting of a fish. Generally speaking, the lower half of a rod provides casting and fish fighting power. The upper, thinner half of the rod provides shock absorption when casting and fighting fish.

By changing the taper, a manufacturer can also change the action of a rod by raising or lowering the point where the rod bends significantly.

Fishing rod length is pretty simple in that it has three effects on performance. Longer rods allow for longer casts by adding tip speed during the swing of the cast.

The longer rod travels a wider arch at its tip, thereby making the motion of the cast faster. The increased speed easily translates to farther casts.

The other advantage length can bring to a fishing rod is during fish fighting. The greater length adds a high degree of shock absorption to protect light lines and tippets from breaking when a fish makes a hard surge.

When fighting fish close-in, especially with short-line fishing techniques, the added shock absorption can be a definite benefit.

Whatever your fishing style or the species you are after, there is a rod out there that is well suited to the kind of fishing you want to do.